Luke 9:6 So the apostles went out. They travelled through all the towns. They told the Good News and healed people everywhere. 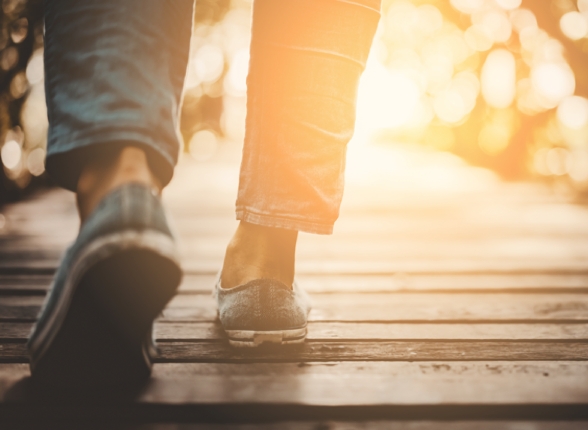 It’s an uneasy feeling indeed when Jesus calls us to do something that’s way outside our inherent ability to achieve. The stakes can be incredibly high, the risk of failure daunting. And yet, right in that place, right on the cusp of taking the first step, there’s something that He wants us to know.

Power walking is all the rage these days: Put on your runners and power walk your way to health. Good stuff – but it’s not a new idea.

Interesting, Jesus sent His twelve disciples out on something of a different power walk into the surrounding towns to tell people about Him. They went by foot and He instructed them that they weren’t to take anything with them; no food, no money, not even a change of clothes.

Luke 9:6 So the apostles went out. They travelled through all the towns. They told the Good News and healed people everywhere.

These men hadn’t been with Jesus all that long. They weren’t the sharpest religious scholars from Jerusalem, but working men, for the most part, from provincial Galilee. And yet they went out there, empowered by Jesus, to tell the good news and – listen carefully to this bit – they healed people everywhere.

That’s amazing. So often Jesus calls us to things that are way outside our own inherent abilities, and the bit we so often forget is that His call always comes with His power.

In fact, looking back on things, whenever He’s called me to do something beyond my abilities, He’s never once done that without giving me the wherewithal – His power and His provision – to do it.

Not once. His call always comes with His power.

Love this. Excellent reminder that it’s not about us and our own abilities. Thank you so much and God bless Due to the 2020 COVID-19 situation there’s no video for this program. Enjoy the audio & text and remember, there’s lots more in the Media Lounge. Thank you for your understanding.